Confession: I was so desperate for a mom friend; when I spotted my future bestie at the park, I pounced. 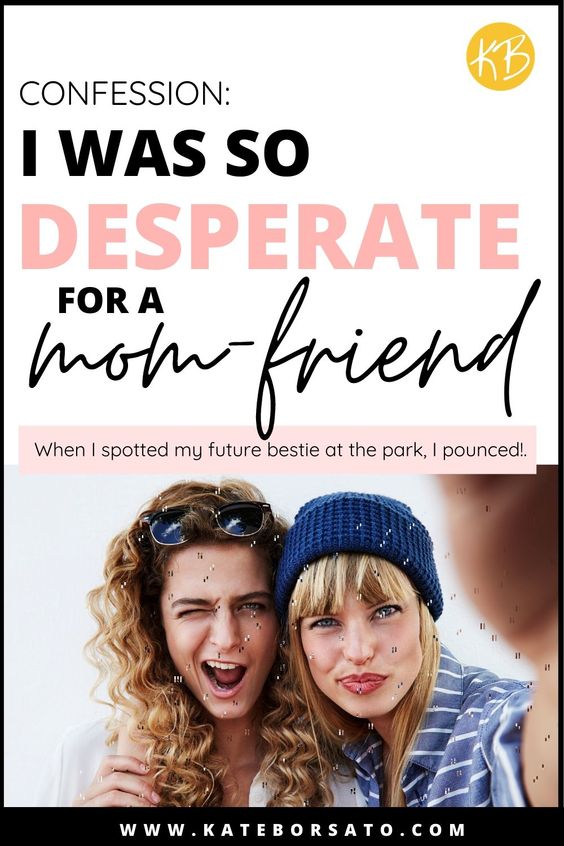 I saw her from a distance and within a split-second, operation “befriend” was already on.

Though she was completely oblivious, I knew right away that this woman was going to be my new Best Mom-Friend. I was determined to make it happen—almost competitively so.

Though we had never met, I had all the information I needed: we both looked equally pregnant, equally frazzled and as she wrangled her toddler, I instantly recognized that sleep-deprived state I had come to know all too well.

She didn’t know we were about to become BFFs yet, but that minor detail didn’t matter to me. There she was in her super cute maxi dress… little did she know of the lifelong plans I was already cooking up. As far as I was concerned, the fact that we were at the SAME park at the SAME time, was pretty much a clear sign from the universe.

I mean, meant to be… right?

As I write this now, I feel a pang of embarrassment. I recognize in retrospect that I frequented the park with a desperation for new friends like a child on his first day of school. Truthfully, I WAS desperate for a mom friend. I saw her and I wanted to scream “HEY, PICK ME!!”

It was at a crucial point in my life as a new mom and I needed a friend who understood me. I really needed someone who was in the weeds with me, who knows the struggle, who understands the same joy. I needed a friend who could listen without judgement when I say “I hate being pregnant,” “My toddler is a monster!” or “My husband makes me insane,” knowing full well that I don’t mean it and didn’t need to clarify.

I needed a Best Mom-Friend who got me. Who saw me.

And I wonder if what we truly need in a friendship is a mirror of our own experience.

I needed someone who could see through the same lens as the one I was looking through—that lens that only a mom who’s in the same season of motherhood can really appreciate. I needed my Best Mom-Friend to be along for the same ride with me and to experience the same highs and the same lows. We’d “get” each other without having to explain ourselves, over-articulate or fill in the gaps. Together we’d crawl through the same minefield of expectations, disappointments, mistakes and pain. We’d emerge together at the other end and share our joy with one-another. We’d celebrate the wins, the major milestones. We’d support each other and be honest about those darker moments that society expects us to conceal.

I know now that this type of friendships during the early days of motherhood is a lifeline. It really is. As I acknowledge that, I become covered in goosebumps.

Yeah, my hunt for my amazing Best Mom Friend was a little embarrassing. I mean, I was ADAMANT that day in the park.

And you know what? As I reflect on that, I now see that it’s OK to need each other. It’s OK to want a close friend whose life has parallels to your own. It’s OK to long for validation in your experiences. It’s also OK to be vulnerable as you reach out for friendship as an adult. (Even if you feel a little desperate…)

As adults, that’s not something most of us are used to doing. It’s OK if it’s easier to be compassionate and understanding towards a friend when it’s a struggle to do the same for yourself. It’s a two-way street and she’ll probably do the same for you.

It has been six years since I spotted my toddler-toting, baby-bumped best friend. The postpartum haze wore off yet she continued to be that life-line for me—even more so than I expected.  I needed her then and we still need one another now.

Good thing I followed my instincts. 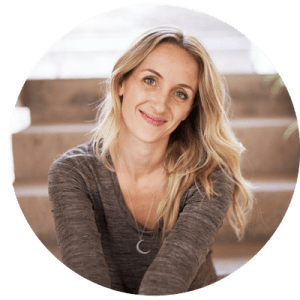 Hi, I’m Kate. A therapist, mama, and partner, and I’m here to help YOU find your joy in motherhood. No matter what season you’re in, I can help you manage your overwhelm, reclaim your happiness, and feel like your vibrant self again! I’m so glad you’re here!

Signs of Postpartum Depression (What NOT to Ignore)

The 4 most obvious signs of anxiety in pregnancy

Affirmations For Moms: Boost Your Mood + Transform Your Inner Critic

Scary Thoughts In Pregnancy And Postpartum

How To Deal With Negative Postpartum Body Image

How To Make Self-Care Easy for Moms